Mortgage rates are down! Hebei has started to act!

[On May 15, the People's Bank of China and the China Banking and Insurance Regulatory Commission issued the "Notice on Issues Concerning Adjustment of Differential Housing Credit Policies", which pointed out that for households who take loans to buy ordinary self-owned houses, the lower limit of the interest rate of the first commercial personal housing loan will be adjusted. 20 basis points less than the quoted market interest rate of the loan with the corresponding term] 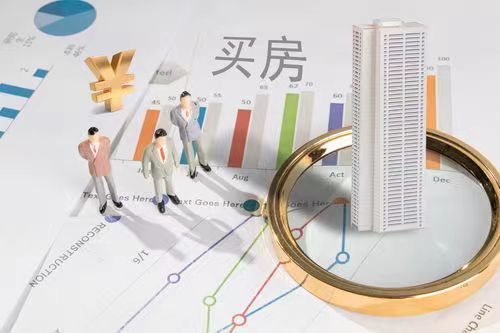 On May 15, the People's Bank of China and the China Banking and Insurance Regulatory Commission issued the "Notice on Issues Concerning Adjustment of Differential Housing Credit Policies", which pointed out that for households who borrowed to buy ordinary self-owned houses, the first commercial housing loan interest rate The lower limit is adjusted to not be lower than the market quoted interest rate of the corresponding term loan minus 20 basis points, and the lower limit of the interest rate policy for commercial personal housing loans for two sets of housing shall be implemented in accordance with the current regulations.

As soon as the policy came out, it sparked heated discussions among the real estate industry and home buyers. For ordinary home buyers, what is more concerned about is when will they be able to enjoy the benefits brought by the adjustment of mortgage interest rates? How much can the monthly supply be reduced? In this regard, the reporter interviewed many banks in Hebei Province for the first time, and learned that some banking institutions have begun to actively connect and cooperate with local interest rate self-discipline coordination mechanisms to carry out interest rate adjustment. 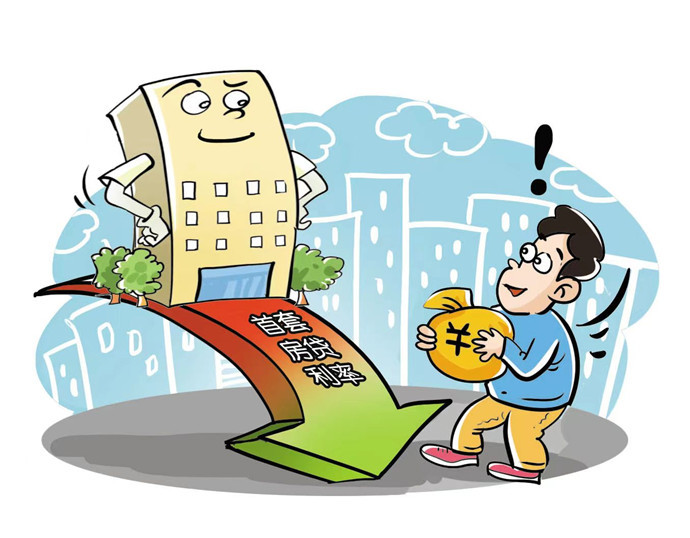 According to the notice of the People's Bank of China and the China Banking and Insurance Regulatory Commission, the adjustment is to the interest rate of the first ordinary self-occupied housing loan newly purchased by households, which does not involve the existing housing market. (LPR) minus 20 basis points (0.2%), and the lower limit of the interest rate policy for commercial personal housing loans for the second set of housing shall be implemented in accordance with the current regulations.

According to the latest quotation on April 20, the 1-year LPR was 3.7%, and the 5-year LPR was 4.6%, unchanged for three consecutive months. According to the new policy, the minimum interest rate for the first home in China is reduced to 4.4% (4.6%-20 basis points); the original provision for the mortgage interest rate for the second home is not lower than the corresponding period of LPR plus 60 basis points, this policy has not been adjusted, and the lower limit is still 5.2 % (4.6% + 60 basis points).

However, the notice also pointed out that on the basis of the unified lower limit of loan interest rates across the country, the local offices of the People's Bank of China and the China Banking and Insurance Regulatory Commission will guide the provincial market interest rate pricing self-discipline mechanism in accordance with the principle of "implementing policies according to the city". Changes in the real estate market situation in each city within the jurisdiction and the regulatory requirements of the city government, independently determine the lower limit of the interest rate of commercial personal housing loans for the first and second housing in each city within the jurisdiction.

Regarding the purpose of this interest rate adjustment, the People's Bank of China and the China Banking and Insurance Regulatory Commission have made it clear in the notice that it is to adhere to the positioning that houses are for living in, not for speculation, fully implement the long-term mechanism for real estate, and support local governments from all over the world. Based on actual conditions, we will improve real estate policies, support rigid and improved housing needs, and promote the steady and healthy development of the real estate market.

Have the mortgage interest rates of banks in Hebei dropped in tandem? On May 16, the reporter learned after interviewing a number of mainstream banks for the first time that some banking institutions in our province have responded to the above notice immediately and have been actively deployed and implemented.

According to the relevant person in charge of Hebei Agricultural Bank, after the People's Bank of China and the China Banking and Insurance Regulatory Commission issued a notice on May 15, the Agricultural Head Office immediately conducted special research and issued work requirements nationwide on the same day to guide all branches to implement Good differentiated housing credit policies. On the basis of strictly implementing the requirements of regulatory authorities and higher-level banks, Hebei Agricultural Bank refined various work requirements, and quickly issued a notice on May 16, requiring all second-level branches in the province to take the initiative to connect and cooperate as soon as possible. The interest rate self-discipline coordination mechanism in various regions will carry out interest rate adjustment work, and will implement the differentiated credit interest rate policy in accordance with the requirements of local regulatory authorities.

However, some interviewed bank principals said that they are waiting for the relevant policy guidance of the head office, and the latest mortgage interest rate policy will be announced to the public as soon as possible.

In the field of second-hand housing, according to Liu Ping, senior store manager of 21st Century Real Estate, the current execution rate for second-hand housing customers in Shijiazhuang is 4.7%-4.85%, which has also been lowered several times after the year. This is a privately customized loan, which varies according to the conditions of each bank and customer, and you can choose the best bank. ”

Not only that, the bank's mortgage loan amount is sufficient, and the loan can be quickly approved after application. The relevant person in charge of Hebei Agricultural Bank said that if the procedures and documents are complete after receiving the documents, in principle, the approval and loan can be completed within T+5 working days.

Zhang Yanfeng, executive vice president of Hebei Housing and Real Estate Association, believes that the adjustment of the lower limit of mortgage interest rates will have a positive impact on the real estate market in our province.

“The notice of the central bank and the China Banking and Insurance Regulatory Commission can indirectly promote the reduction of the interest rate of the first commercial housing loan of individuals, further reduce the capital cost of purchasing a house, and be more conducive to the purchase intention of groups such as rigid needs, improved needs and new citizens. ” Zhang Yanfeng said.

At the same time, Zhang Yanfeng also pointed out that this policy adjustment is mainly aimed at newly issued commercial personal housing loans, and the interest rate of existing commercial personal housing loans is still implemented according to the original contract. It can be seen that while moderately relaxing the real estate control policy, it better reflects the general tone of "housing and not speculating", but it also gives more autonomy to localities.

Lower interest rates are also affecting homebuyer decisions. According to Liu Ping, although the policy has just been introduced, the market still needs time to react, but the multiple interest rate adjustments after "years have prompted some customers who have continued to wait and see to start taking action, the market activity has increased, and some of the homeowners who have been replaced have been successful. Sell ​​your house and complete the replacement. ”

In interviews, several property managers said that due to the short time since the introduction of the New Deal, there are currently no relevant plans to take advantage of the situation.