[The International Olympic Committee held its executive committee in Lausanne on the 19th, announcing that the Chinese track and field men's 4×100m relay team won the bronze medal at the Tokyo Olympics. 】

The International Olympic Committee held its executive committee in Lausanne on the 19th, announced that the Chinese track and field men's 4×100m relay team won the bronze medal at the Tokyo Olympics. 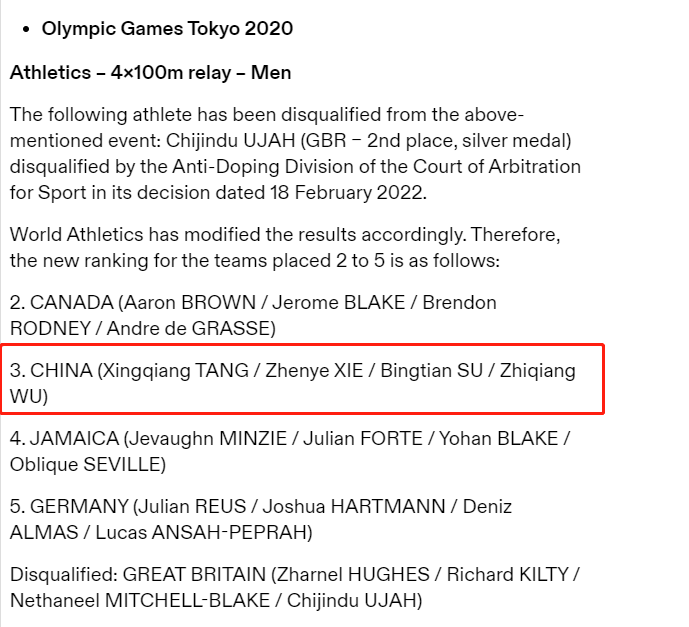 △Screenshot of the official website of the International Olympic Committee

The Chinese team, consisting of Su Bingtian, Xie Zhenye, Wu Zhiqiang and Tang Xingqiang, won the late medal in six ways: at the next Olympics, at the Youth Olympic Games, at the IOC headquarters or the Olympic Museum, at the national (regional) ) at Olympic Committee-related events, at International Sports Organization-related events and at private ceremonies.

Once an athlete has decided on an award ceremony, the IOC and the relevant national (regional) Olympic Committee will hold a medal redemption ceremony within one year (unless they choose to receive their medals at the next Olympics). 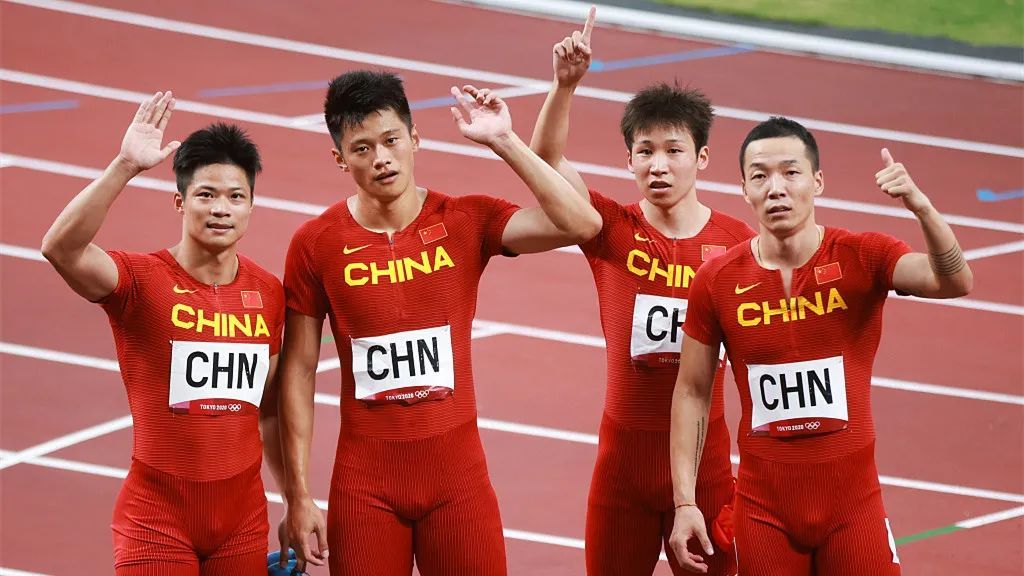 The International Court of Arbitration for Sport (CAS) issued an announcement on February 18 this year, finding that British sprinter Chikindo · Uja violated anti-doping regulations during the Tokyo Olympics, the British team in the Tokyo Olympics men's 4×100 meters The silver medal in the relay final was stripped away. The Canadian team won the silver medal, and the Chinese team won the bronze medal. This is also the first medal won by the Chinese men's 4×100m relay team at the Olympic Games.

In March this year, the official website of the World Athletics Federation updated the profiles of the members of the Chinese men's 4×100m relay team, including Su Bingtian, and added "Olympic Bronze Medalist" in the honor column.

Mortgage rates are down! Hebei has started to act!